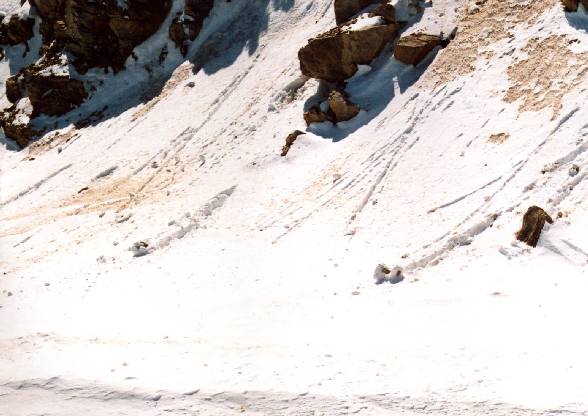 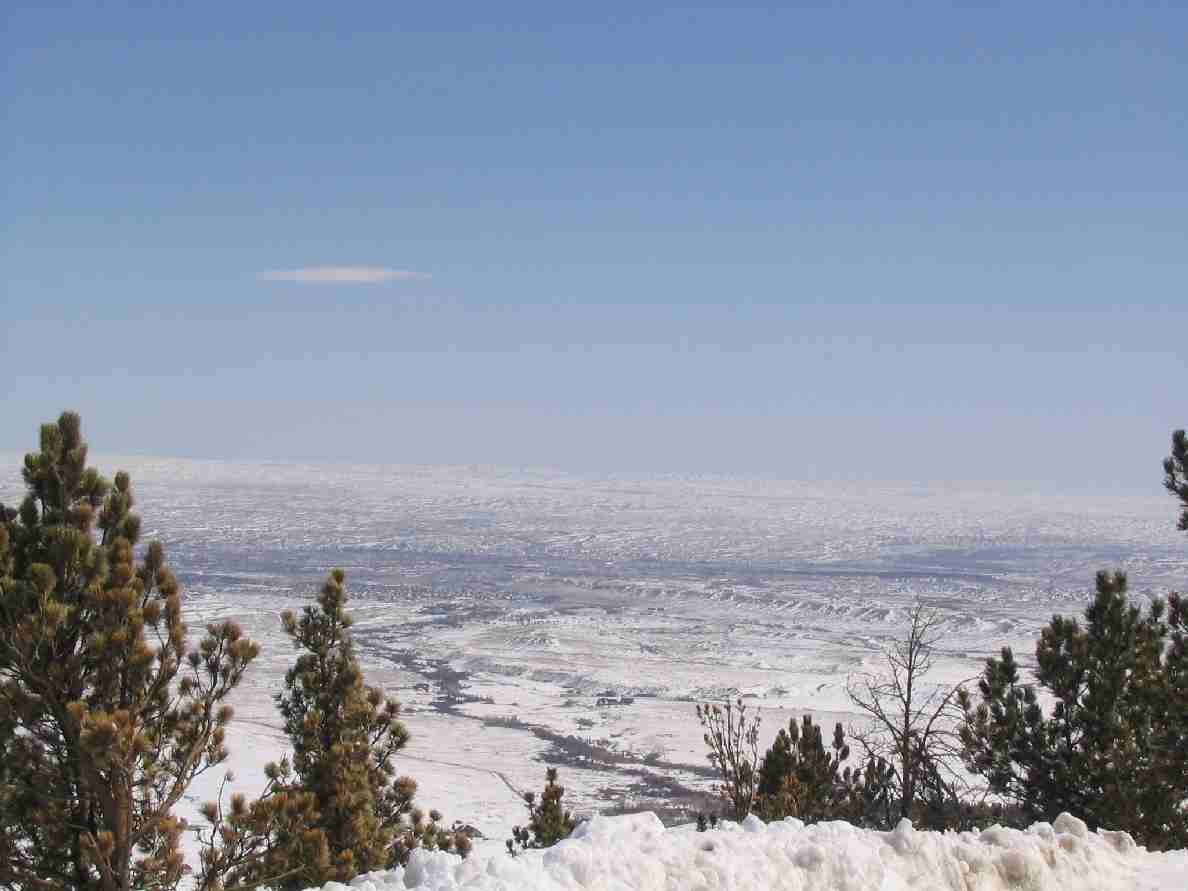 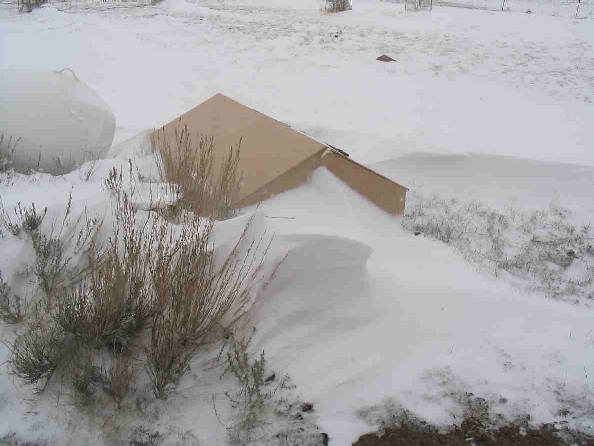 We begin a new month and a new page. May began with a really awesome blizzard, closing
many roads in the state and creating two foot drifts in my yard! Of course, the temperatures
didn't stay cold enough to keep the snow from melting, but it was fun while it lasted.

We also made a quick trip up the mountain to check out how much snow fell up there. I am
posting photos of the trip. As you can see, snow pack is pretty good this year. Maybe the
drought will finally start to end.

So far, three of my bird houses have occupants. I believe all three were claimed by sparrows.
One morning, larger birds tried to take over the house farthest to the south in my yard. The
sparrows hung tough and refused to give it up. They now have full claim to the house!

There is one robin nest in the windbreak with a robin sitting on it. I anticipate more nests as
the trees leaf out and more species of birds arrive. Since I am not familiar with many bird
songs, I am studying them from a CD rom I have. That may help me identify some of the
visitors to my yard. 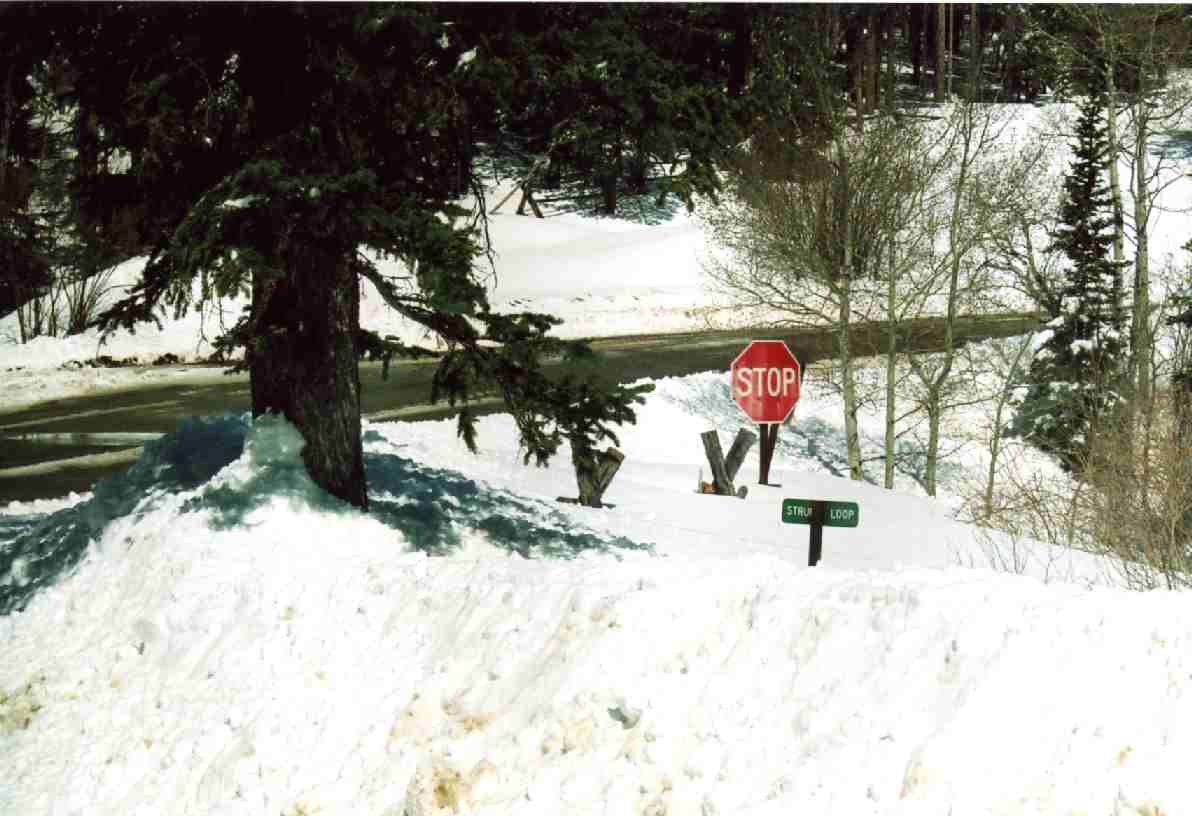 These are picture of what we call "snow rolls".
We have observed them twice. The rolls also
been seen in other states, although only once.
It takes the perfect moisture conditions with the 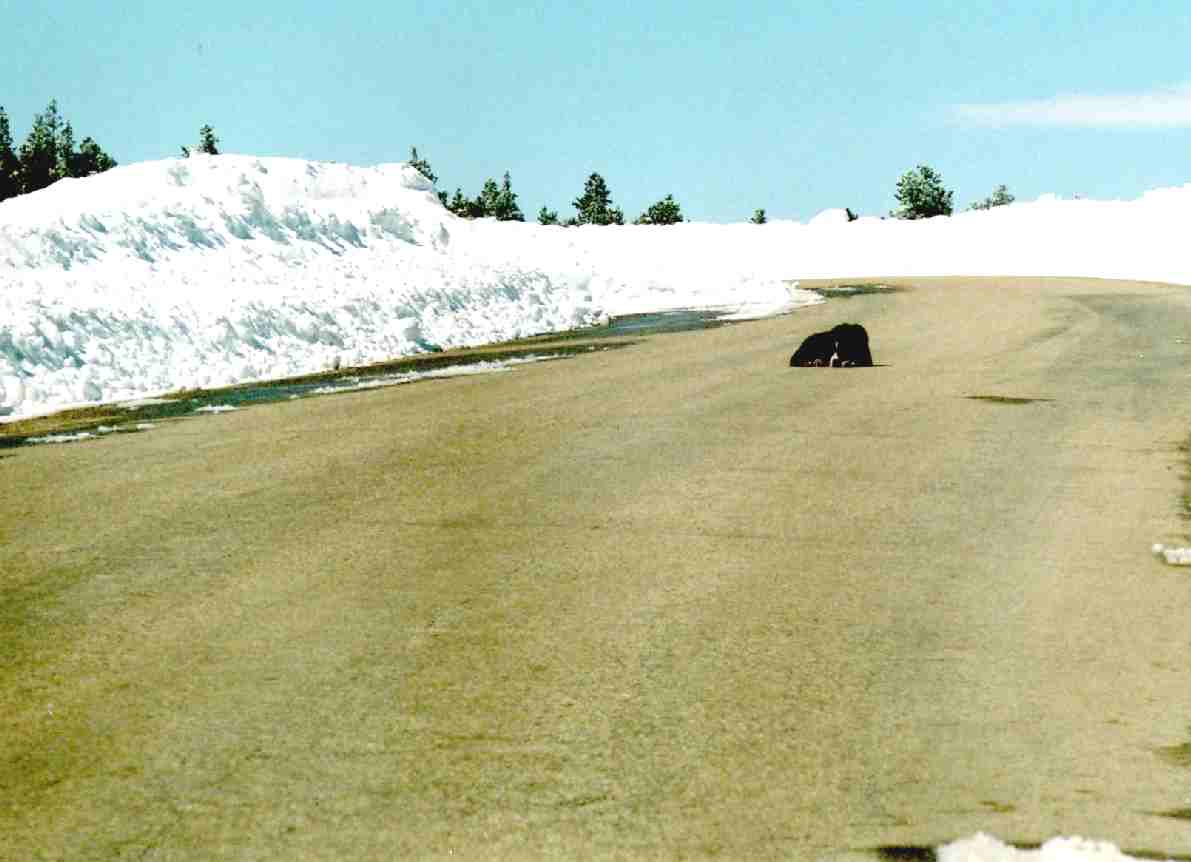 snow, and then gravity or wind to get the
snow rolling. The biggest ones we have
observed are over 12 inches in diameter. It's
an interesting phenomena, or at least I think
it is!

Snowdrift by my well--about 18 inches in depth 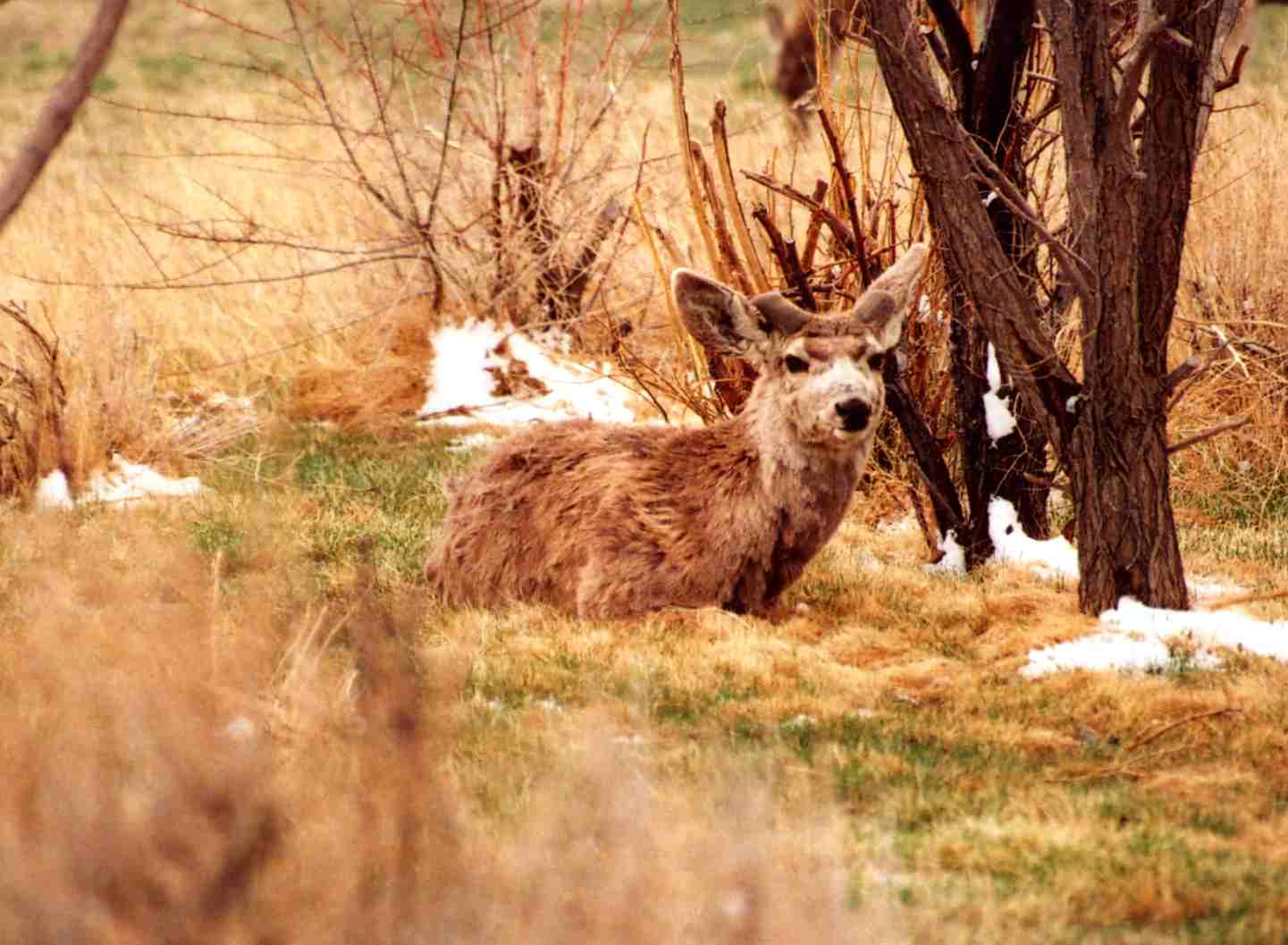 May 27, 2008
It's been a busy month. The temperature has gone from
cool to hot to cold and is heading back to warm/hot. We
have had hail, rain and in some parts of the state, tornados.
My garden is not yet tilled and probably won't be for
another week, assuming the rain stops.
We went to the Snowy Mountains, which lived up to their
name! There was still several feet of snow in some areas
and we couldn't come in from the Arlington side at all.
The road over the mountains between Centennial and
Saratoga was still closed well below Lake Marie. This is
very unusual for this late in May. 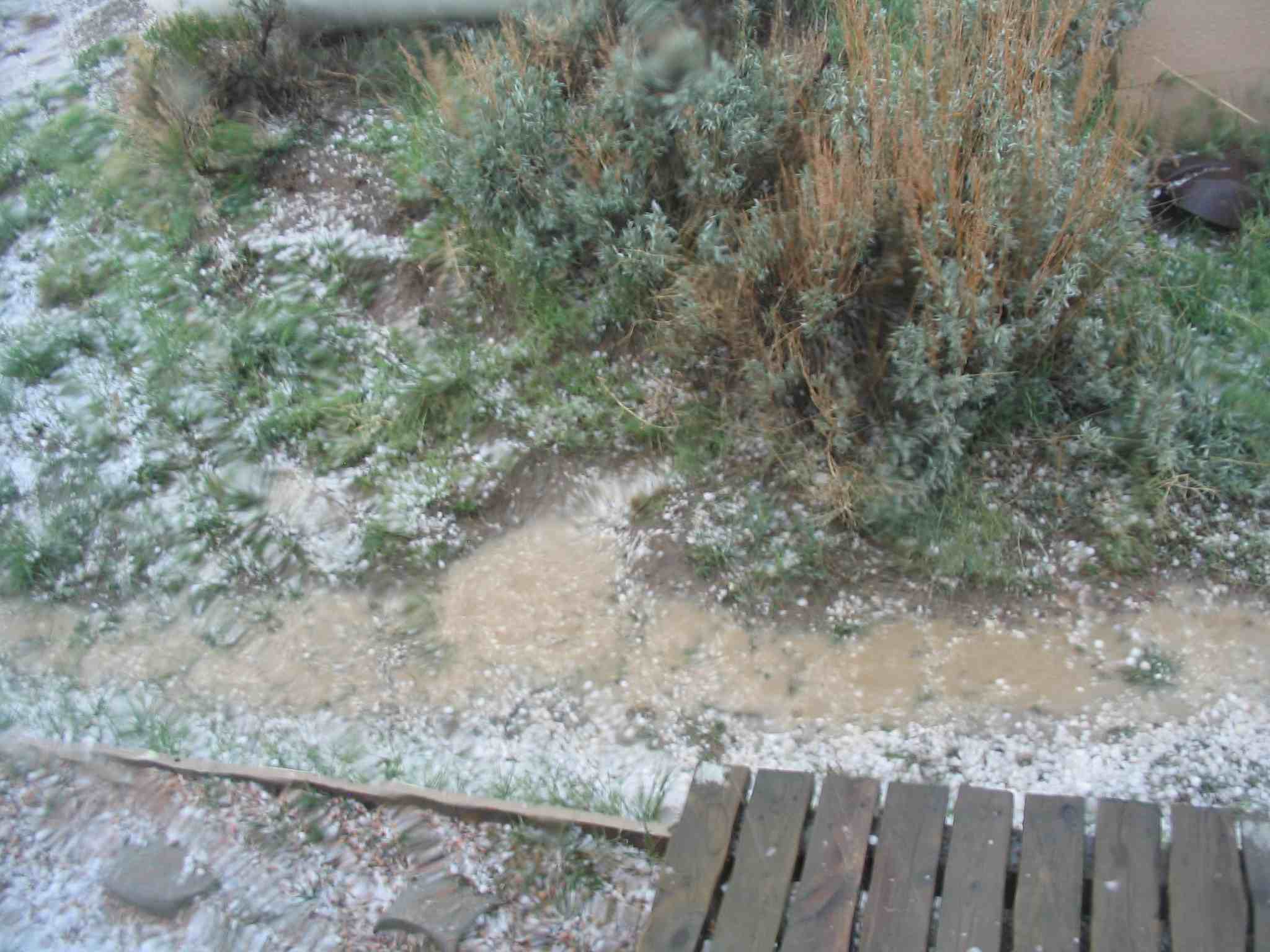 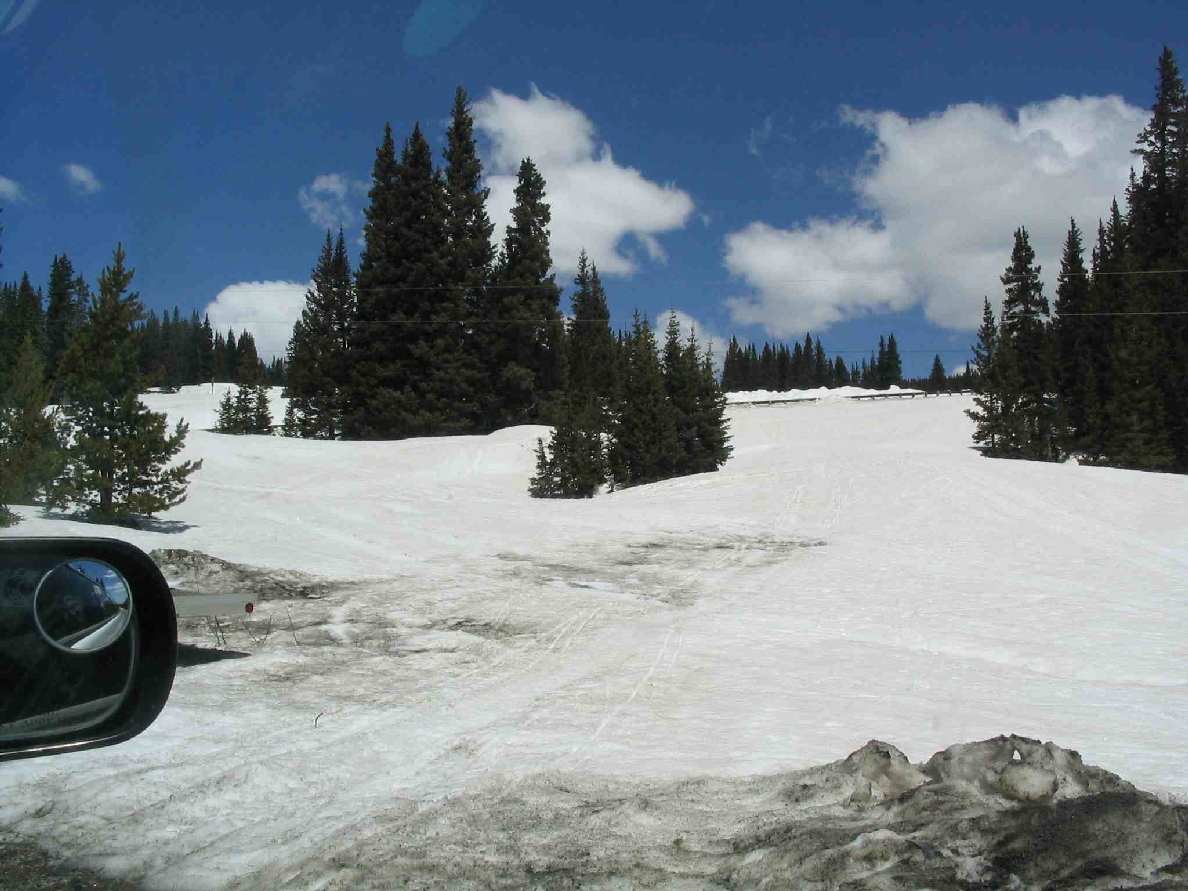 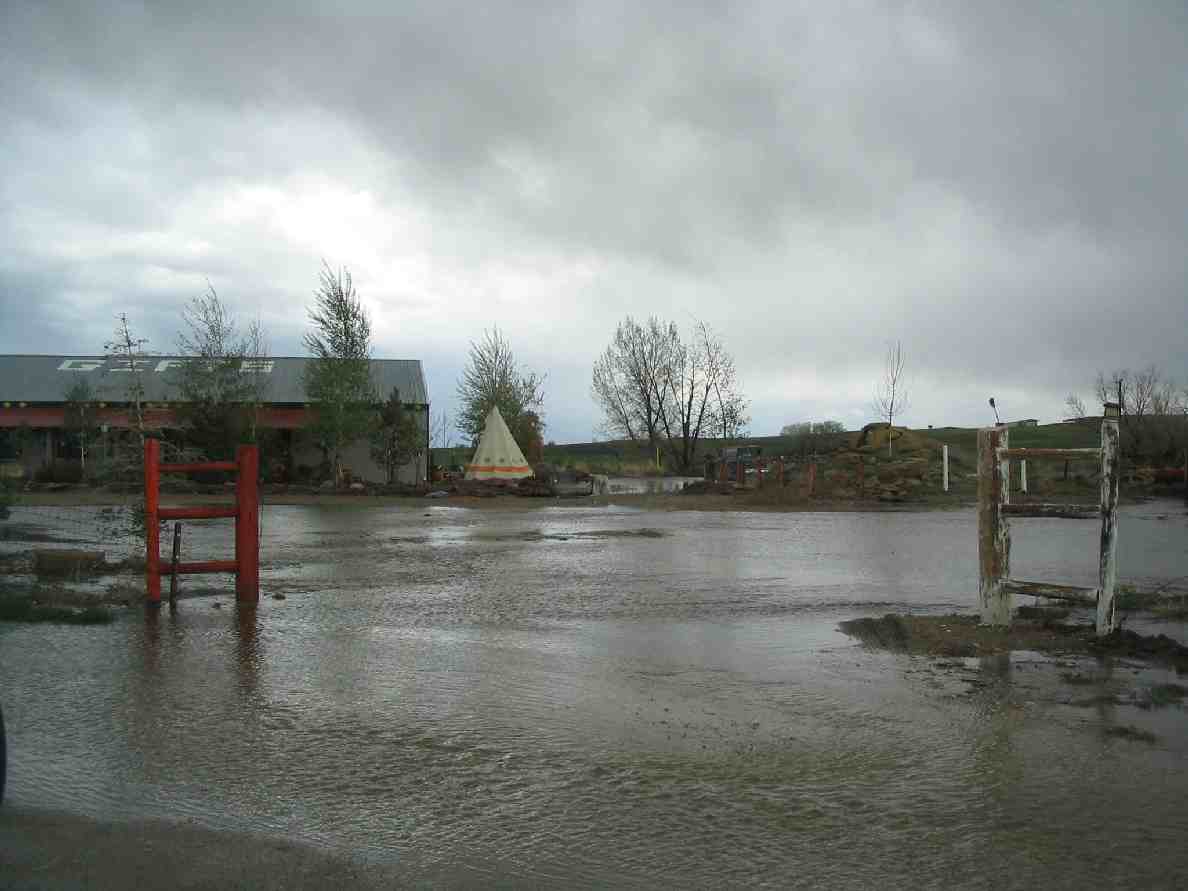 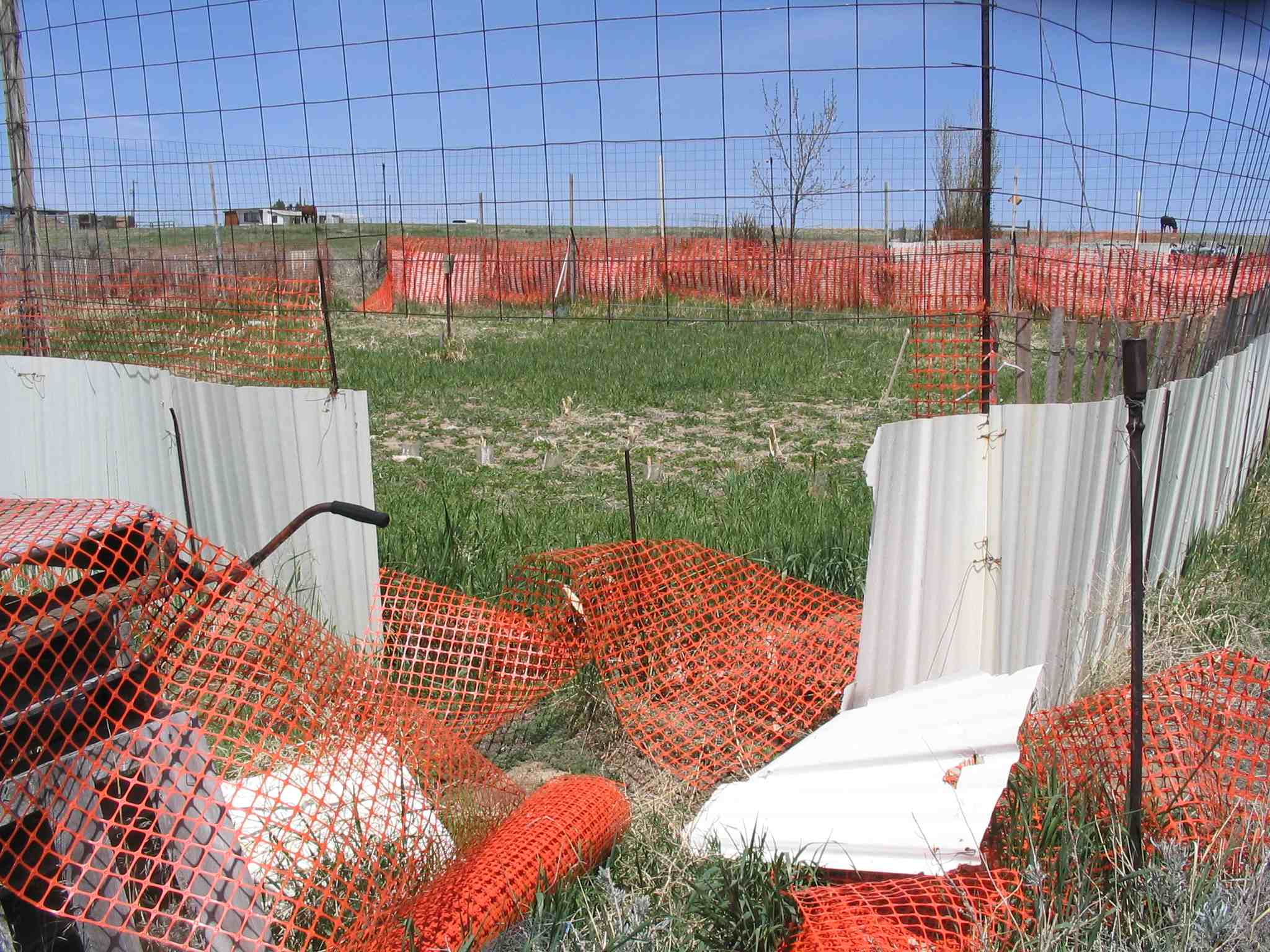 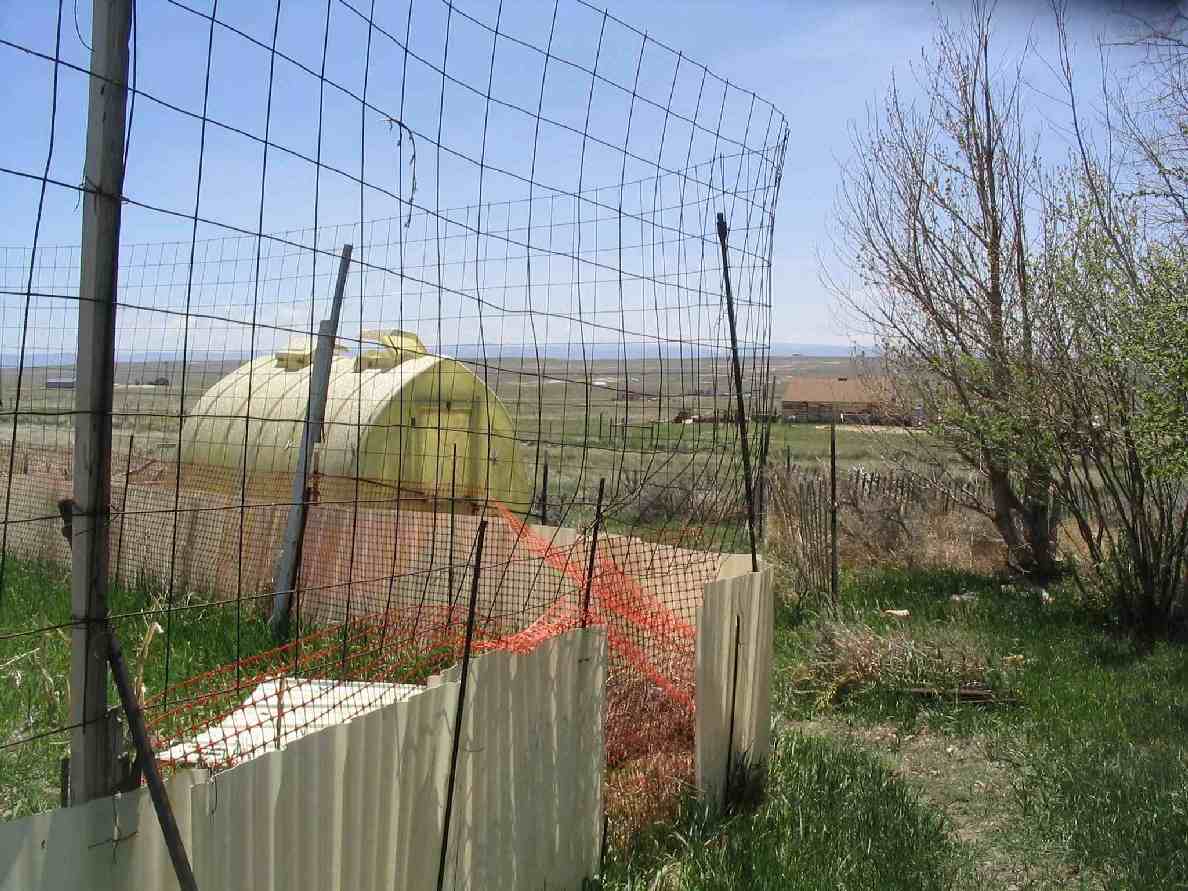 I finished repairing most of the fence which the deer
took out last winter. The deer are still staying in the
yard during the early mornings and some afternoons.
This is not typical--by the end of May they usually
only come in at night. The weather has been cold and
rainy, which may explain their staying around. I did
put fence around some trees in the west windbreak
over the weekend. Today, I am going to spray the trees
with deer repellant before the trees get eaten down
too far. There's plenty of natural food for the deer now.
They don't need to munch on my landscaping!

I transplanted trees this weekend. I have not yet tried
planting the ash and oak trees I grew from seed. That
will come as things dry out.

The wind has been at its best this year. The last hail and wind storm blew the baby
robins and eggs out of the nest in one of our trees. I also found what looks like a
wren egg on the ground, presumably blown out of the same tree in a separate nest.
It has been quite a while since this has happened. It may be in part because the
trees have not leafed out yet and there is little protection.

The goldfinch in the photo was perched on my fence. I have seen two of these
birds, but did not notice if they were a mated pair. Hopefully, I can get more pictures
and identify male and female. What appears to be a pair of killdeer are back, as are
many sparrow, robins and starlings. I have been trying to learn what bird calls
ound like so I can identify the birds better, but it's been slow. I'm more of a visual person.

That's it for this month. Maybe June will bring warmer weather and more travel. 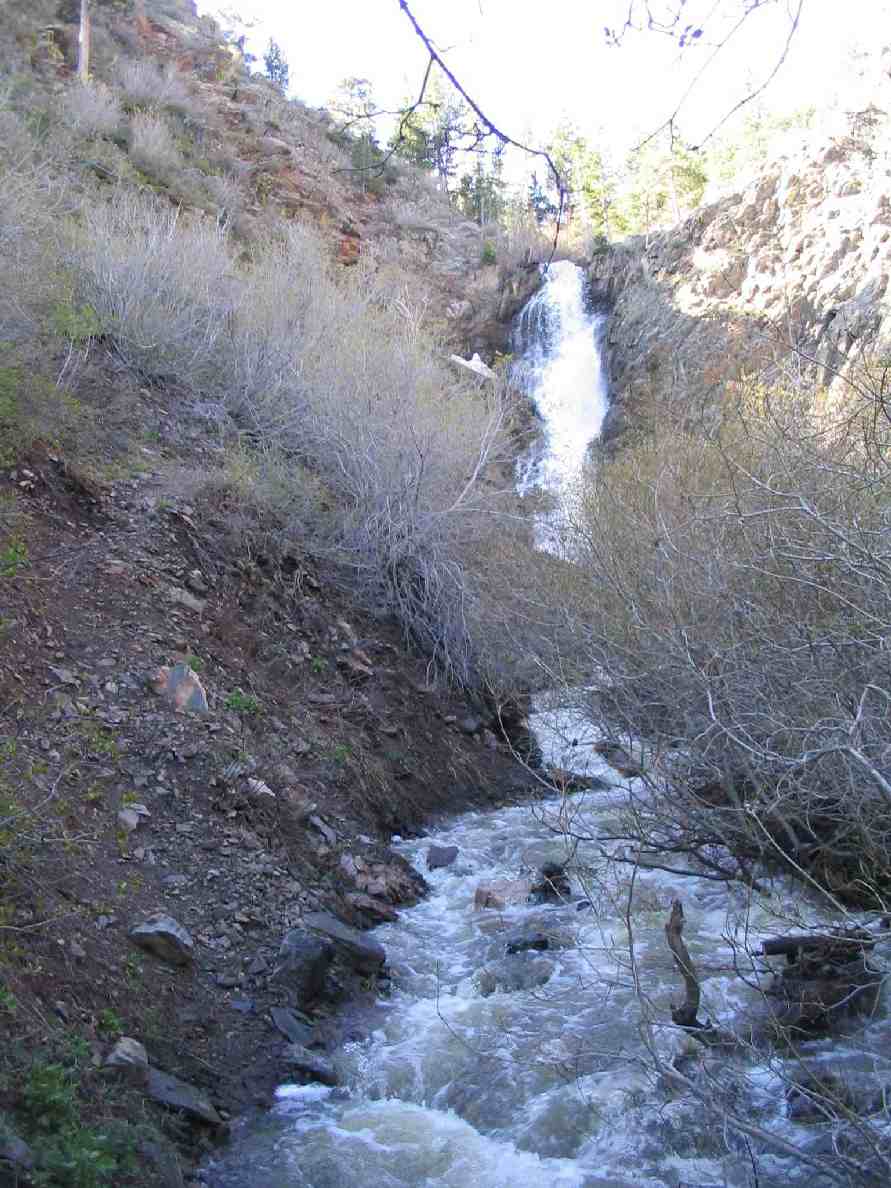