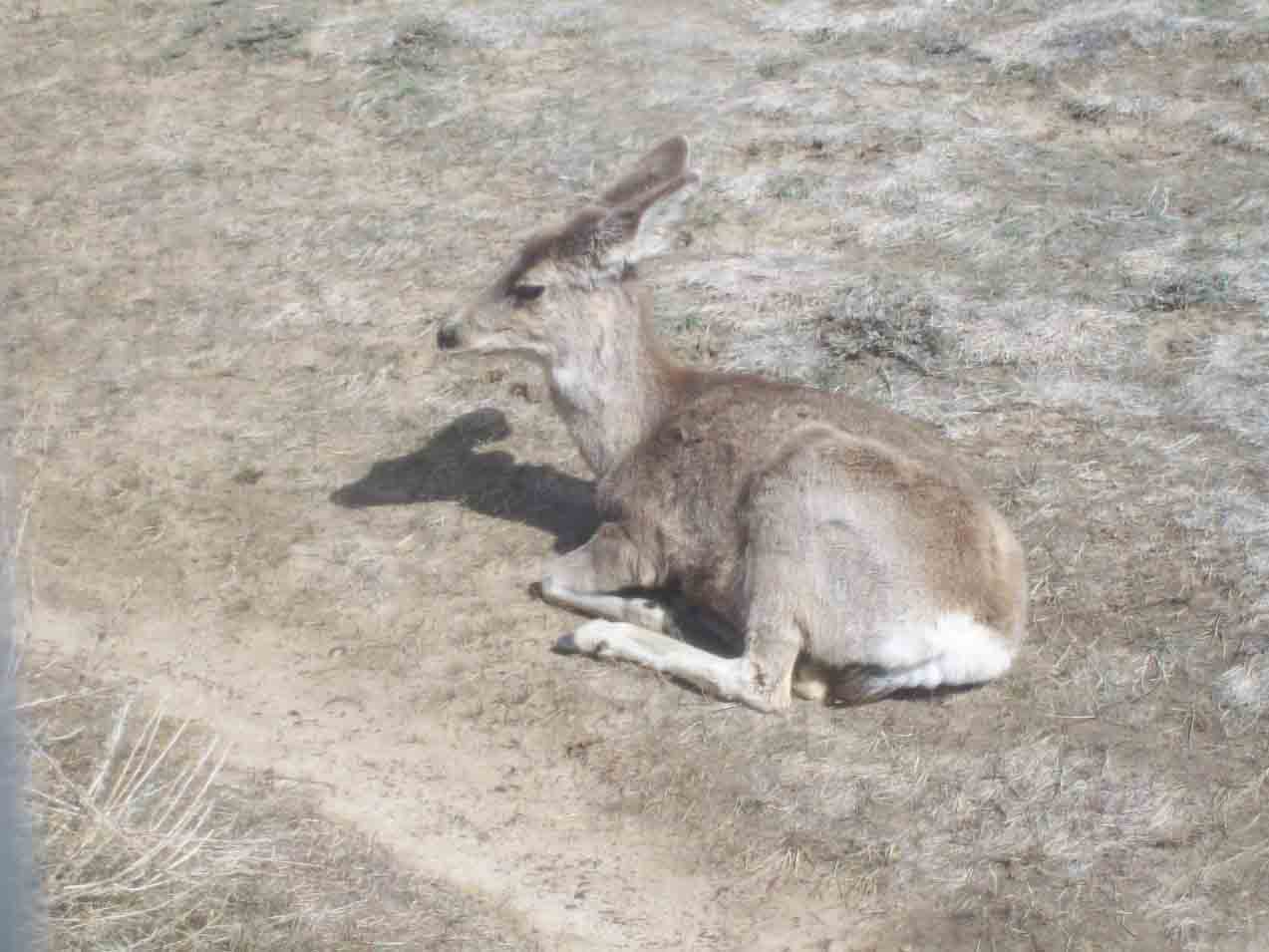 In the last couple of days, I have been working out in the garden area and found a four foot bull snake.  He seems pretty content staying around the garden.  It looks like I will be cutting the weeds and grass around the area sooner than planned.  I nearly stepped on him today while moving the sprinkler.  Yesterday, he was "rattling" and hissing when we got too close to him in the compost area.  Bull snakes are very feisty and sound much like a rattle snake when you approach too closely.  They are excellent for keeping down rodents, though, and the mice have started coming in my house again (generally straight into a trap) so I am hoping the bull snake will help! 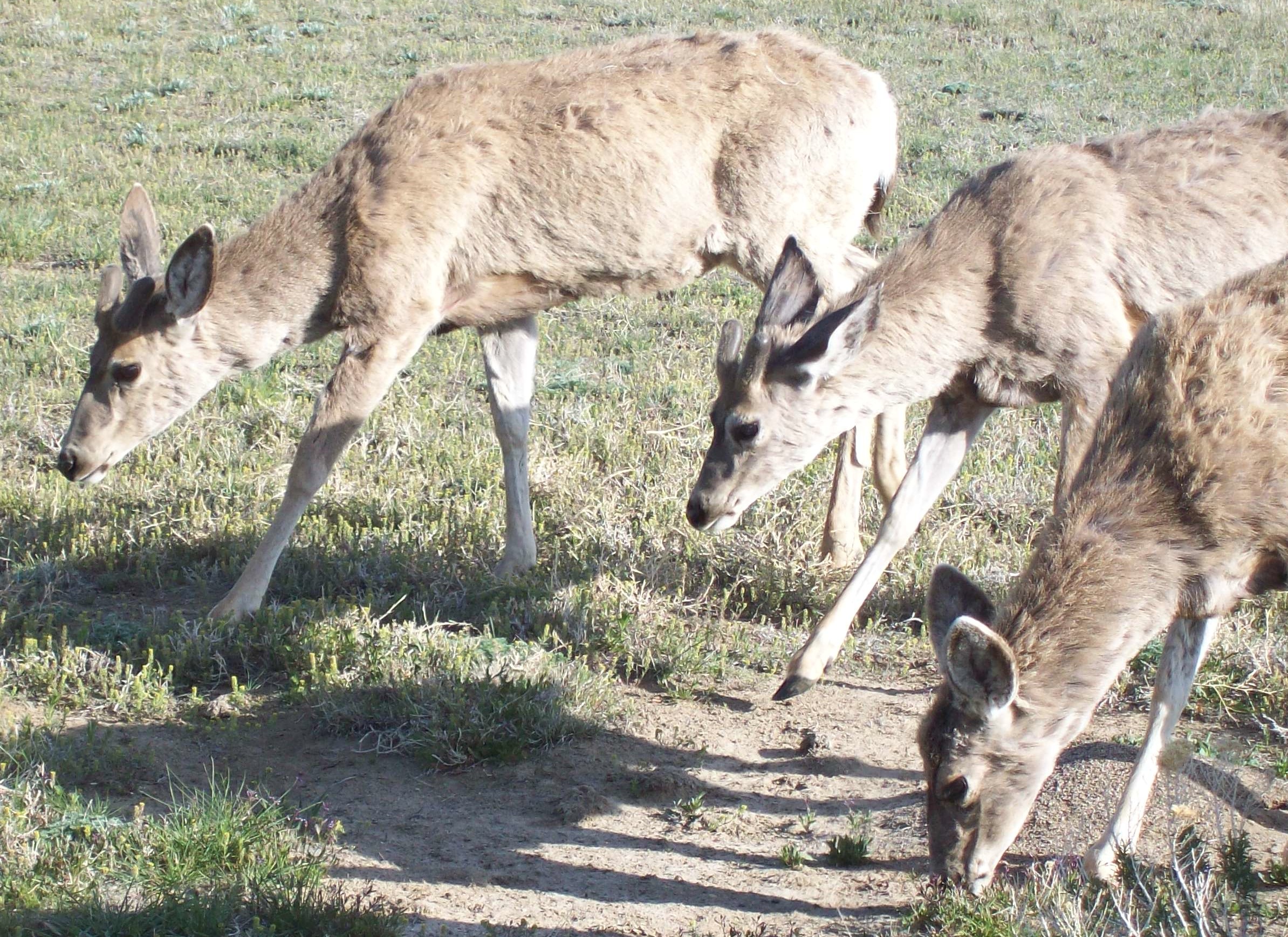 Spring seems to have finally arrived, although I do have to wear a jacket sometimes to work outside.  WIND has returned--35 mph and more.  It popped a window out of our pickup camper shell!  Amazingly, the window did not break when it fell to the ground and was easily reinstalled.

While it has been windy most of the month to date, I can probably manage to build fiberglass dividers for my garden.  Ever since the drought, I have had difficulty keeping the garden wet.  I have tried many different sprinklers and usually ended up using a RainBird type.  This results in considerable  evaporation, especially in wind.  So by dividing the garden into four sections that I can water individually, it may help.  We added compost and some fertilizer.  I have to do a soil test before I plant.  Only cold-hardy veggies like peas and root crops can be planted this early.  I have an inside greenhouse full of plants to go out in three weeks or so (the first of June).

The deer have taken over the yard!  I went out to till on the garden and they laid in the windbreak until I actually fired up the tiller.  I am putting in photos.  The group comes right up to the door while grazing.  The deer with the "scar" on his shoulder we think was hit by a car or otherwise injured earlier this year.  During one of the spring blizzards, we found what we thought was a dying deer in the yard.  It was late, so we waited till the next morning to check again and the deer was gone.  We suspect this was the deer with the scar and that she was in shock when we found her.  It's the only idea we have on how a "dead deer" got up and left overnight!

The trees are starting to leaf out here.  We're always behind in spring events compared to Casper, since we are at a slightly higher altitude.  My daffodils have been blooming and there's a couple of tulips that may bloom, too.  The asparagus is also coming up--and I have to be sure to pick it 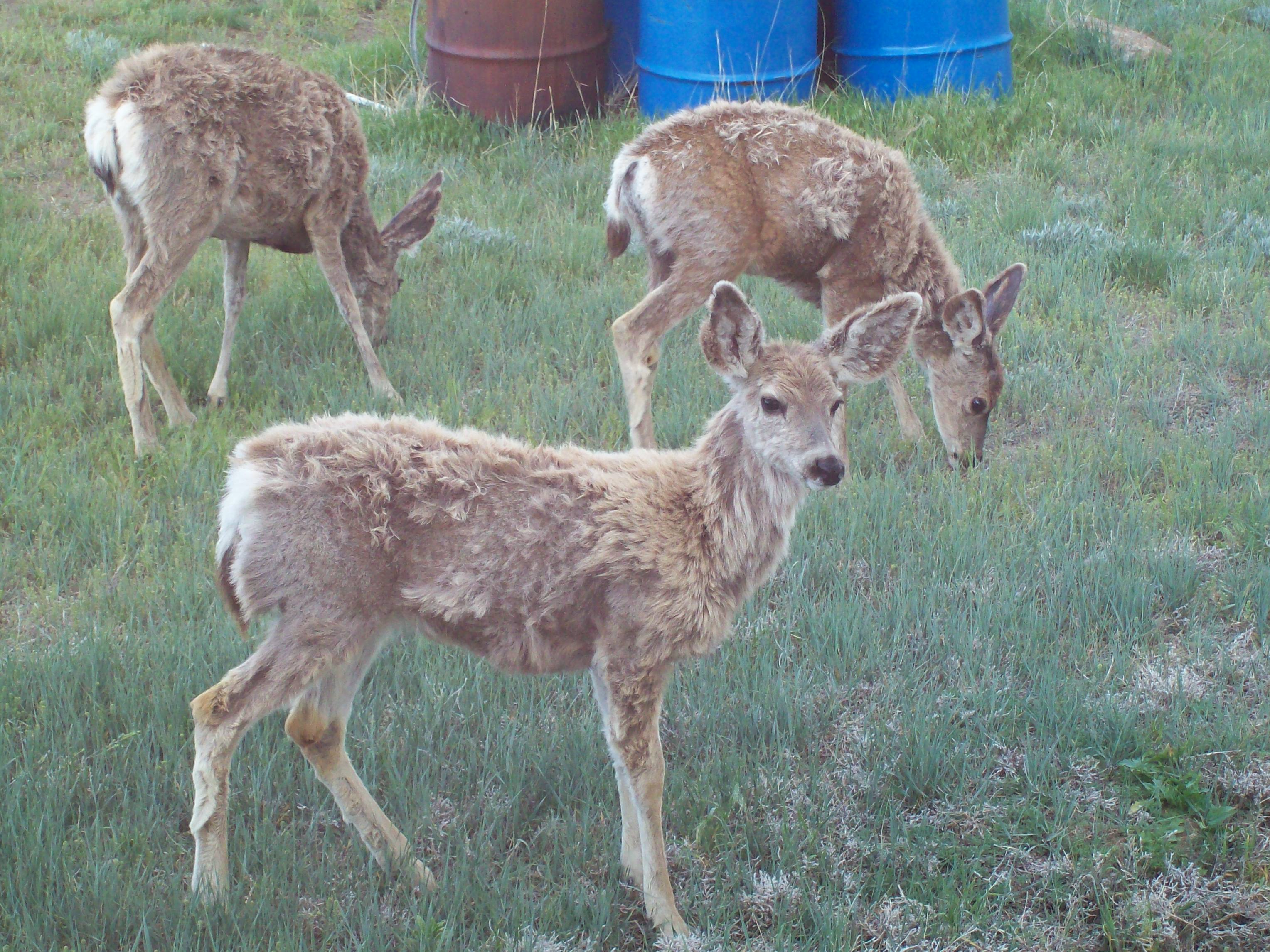 if temps are predicted to drop below freezing at night, as asparagus will get damaged by frost.

It's mid-May now, and the temps are into the upper 80's for a couple of days.  I'm not a fan of hot weather, but it's predicted to last only a couple of days, then cool off to the 70's.  I dragged out hoses yesterday and set up my "sprinkler system".  Actually, it's a large number of hoses, with two manifolds (4-way dividers), quick-connects (for ease in moving from one hose to another) and a system of area sprinklers and drip systems.  For years, I dragged hoses all over the place to water.  Dragging hoses is pretty easy if your lawn is smooth and flat.  Mine is bumpy and has sagebrush still hanging on in many areas.  Hoses do not drag over sagebrush, at least in most cases.  So I would go back and forth, dragging, detangling, dragging more.  I kept saying if I won the lottery, I'd put in a sprinkler system, but I never count on lotteries or luck, so I came up with the hose system.  I used to use all drip systems on the trees or soaker hoses on the ground, but the systems deteriorated, so now it's a combination of overhead sprinklers and soakers.  Looking at how much water it takes to just keep trees and a garden alive and not worrying about the lawn, I can only imagine how much water goes into keeping neatly manicured lawns in town.  It's a personal thing, but one way I always thought we could improve our environment was to stop trying to grow artificial lawns and just go with native plants.  That is becoming more popular, but it has a long ways to go.

The owl was in the windbreak a couple of times this month.  He is having difficulty with the idea that I walk out to the garden and the surrounding area.  For now, he flies away when I get too close.  In the past, the owls have gotten used to my activity and just watch what I am doing.

The deer were also taking advantage of the shade trees this morning.  One was in the garden, and I nearly walked too close and had her try to take down the fence.  Fortunately, I saw her and backed away until she came out through the gate.  I am putting in a little "pond" (one of those you get at a home improvement store--35 gallon one) just to see how that works.  My husband always says I can rent a bobcat and dig a duck pond!  I thought I would start off a bit more slowly! 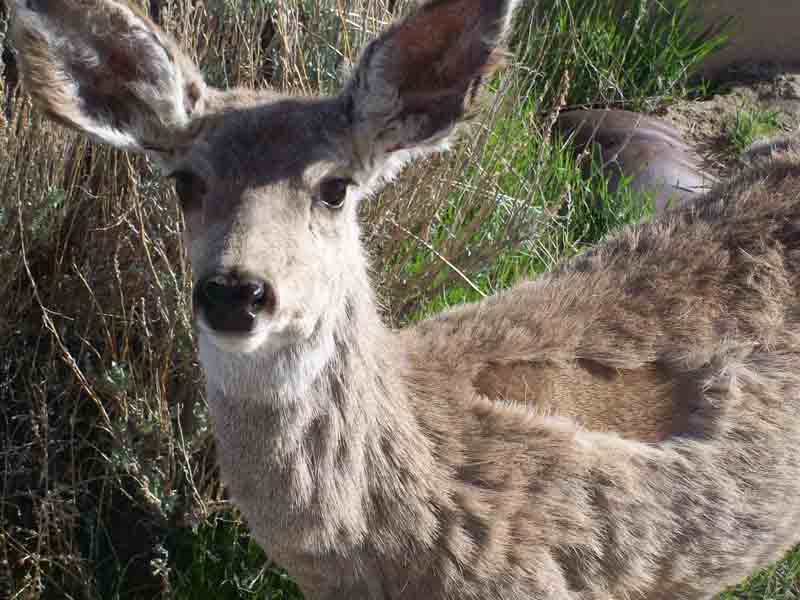 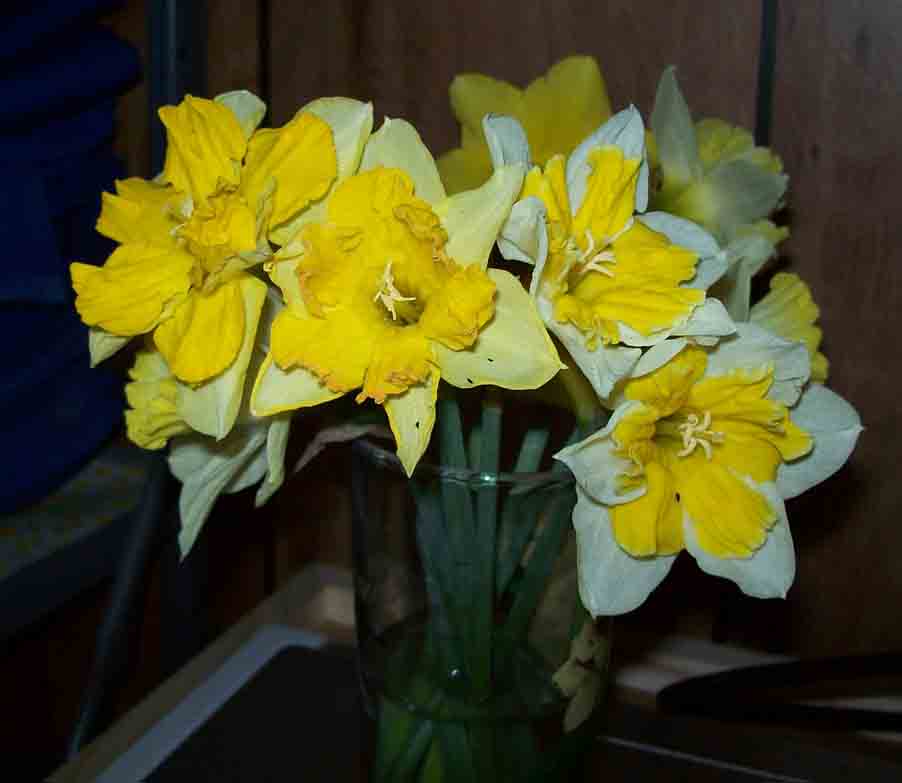 Deer that are shedding winter fur

Deer lying about 6 feet from my house, on a path