Tales from the  new West March/April 2009 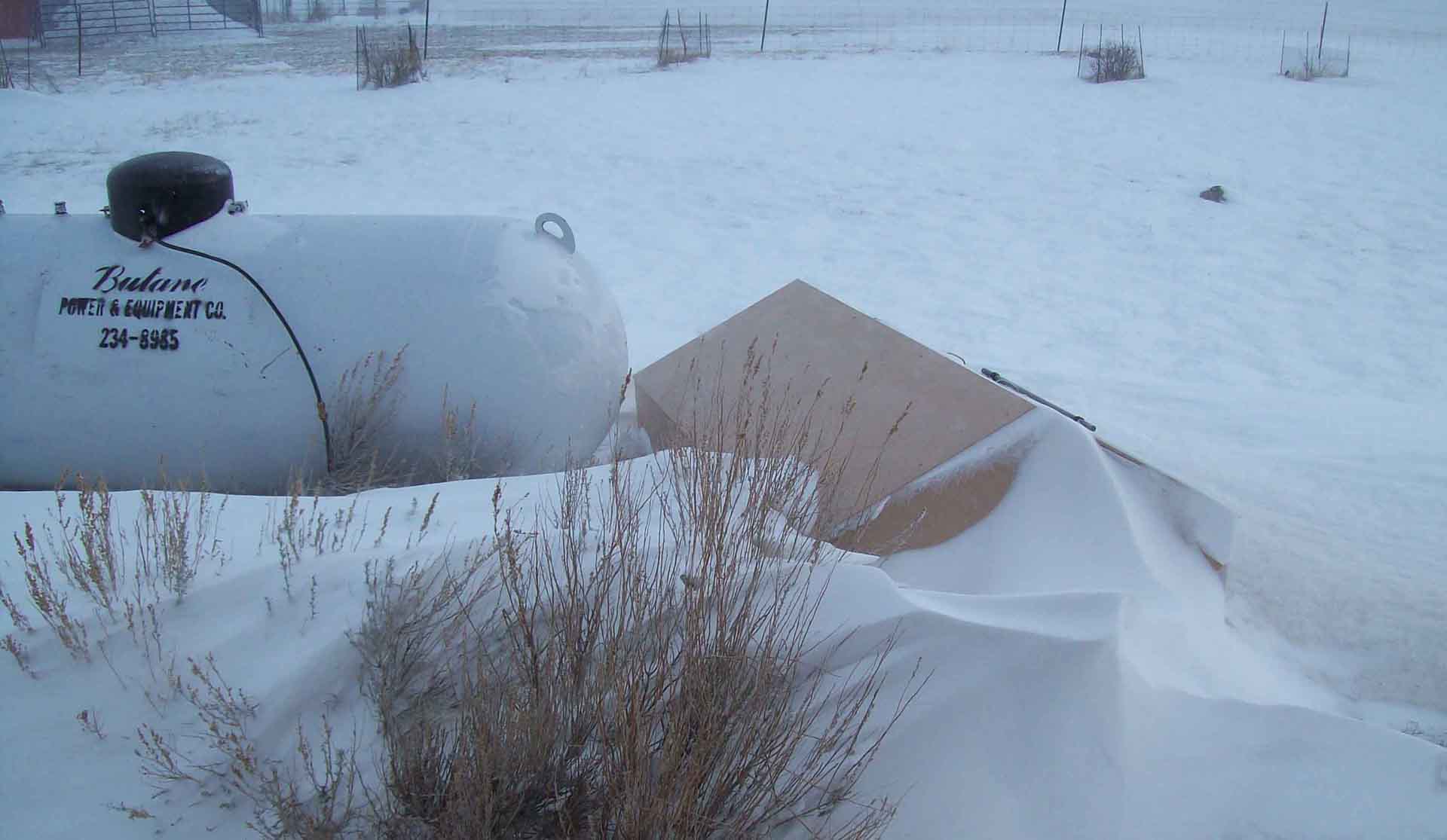 It's early March and I am starting a new page.  I discovered the owl that I have been photographing in my windbreak is apparently here more than I notice.  My husband noticed multiple owl "pellets" under the tree where the owl was perched.

Wyoming is an interesting state for weather.  Today on the noon news, there was a winter storm warning for the Absaroka Mountains in the far northwest and a red flag warning, meaning fire danger, in the southeast!  That's not  combination you see very often!

It's now the end of the month and we are on our second spring storm in the last eight days.  I just dug through 16 inch drift that was still across my sidewalk yesterday, with a light jacket on!  Now it looks like January again!

My daffodils were up, but I am guessing this second round of snow (and more predicted for later in the week) they will bloom.  Some had unopened blooms, but those may freeze off.  On the other hand, the plants have grown for 6 or 7 years so may be tough enough to withstand spring in Wyoming!

The herd of mule deer around the area grew much larger in the last two or three weeks.  This started about the time the haul trucks began hauling gravel out to the new wind farm area.  There are at least ten 40 ton haul trucks with gravel per hour, plus water trucks.  Wind farms do not go in without major landscape changes.  This is as much activity as an oilfield installation.  And there are still hundreds of loads left on the gravel, then the turbine parts (turbines don't get carried in one piece) and the finishing work.  I am guessing that once the turbines are in, the activity levels drop off.  While wind is a renewable resource and may help with the energy needs of the future, there is most definitely an environmental impact--some loss of open space, noise and dust during construction and some say the turbines are noisy all the time, loss of scenic vistas (a lot of my photos now feature wind turbines where the view was awesome a few years back).  I hope this technology is worth the changes to the habitat of many species and loss of scenic vistas.  Sometimes I think that energy needs are like the internet--you build systems that hold more and more information, people load the system up, and then you have to build a fa 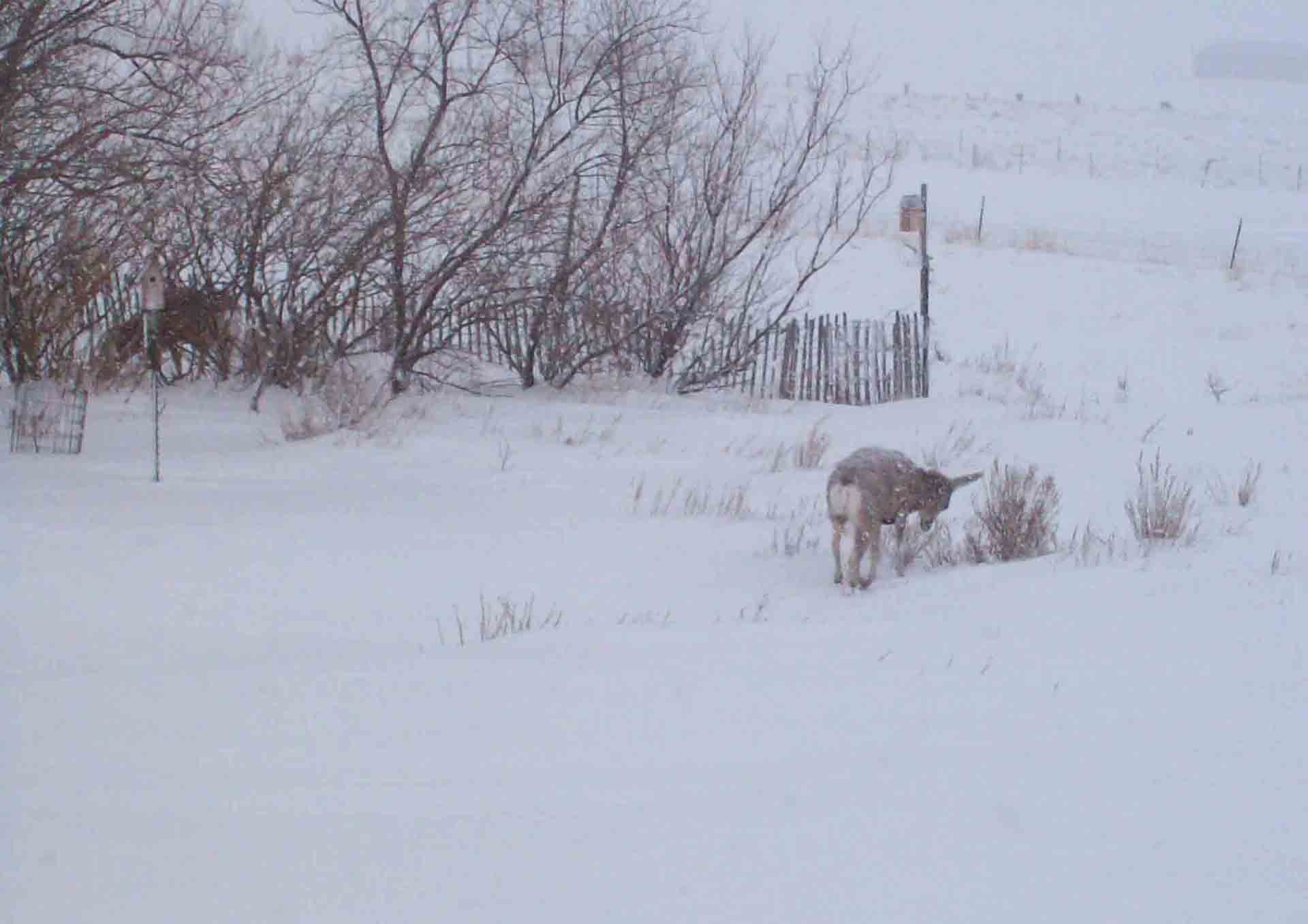 ster system again.  Will we ever reach a point where we are not trying to build more and more energy usage? 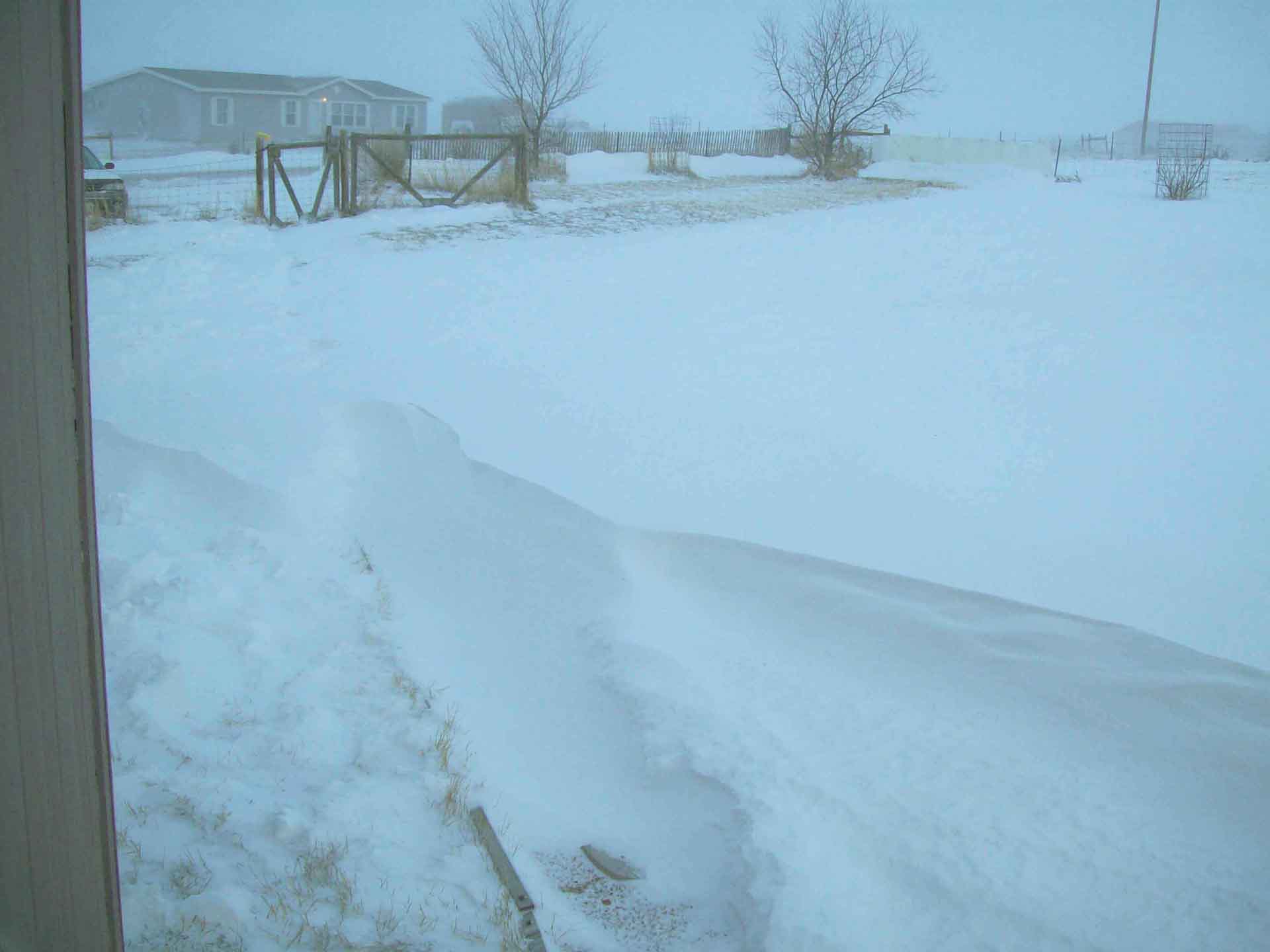 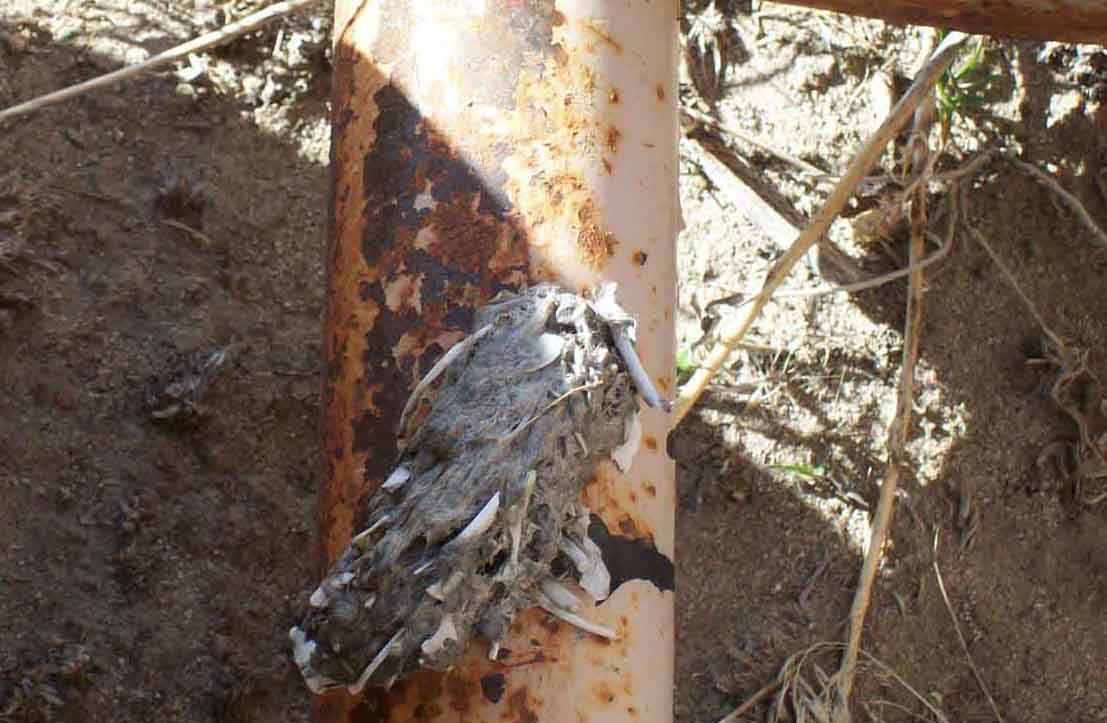 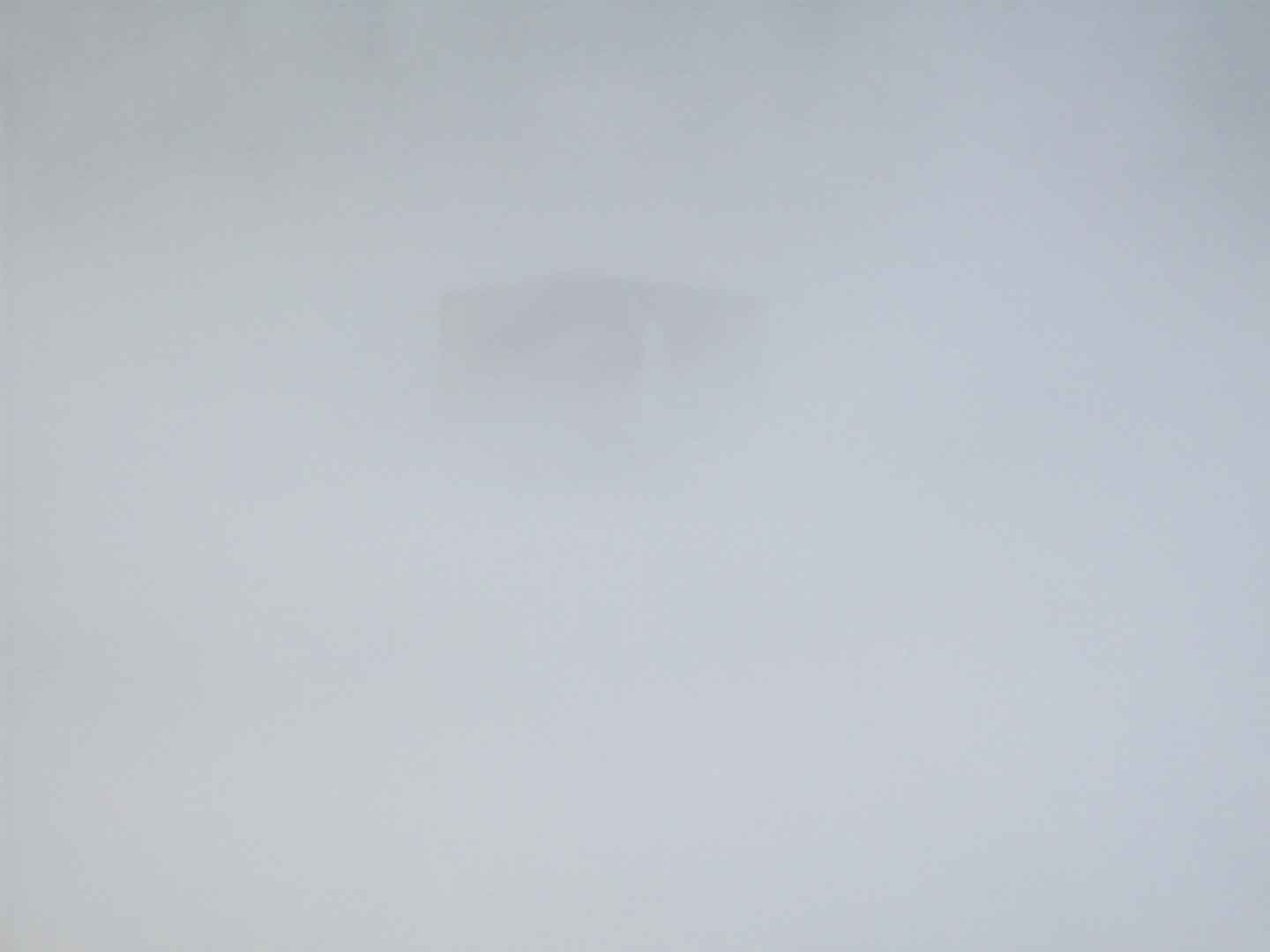 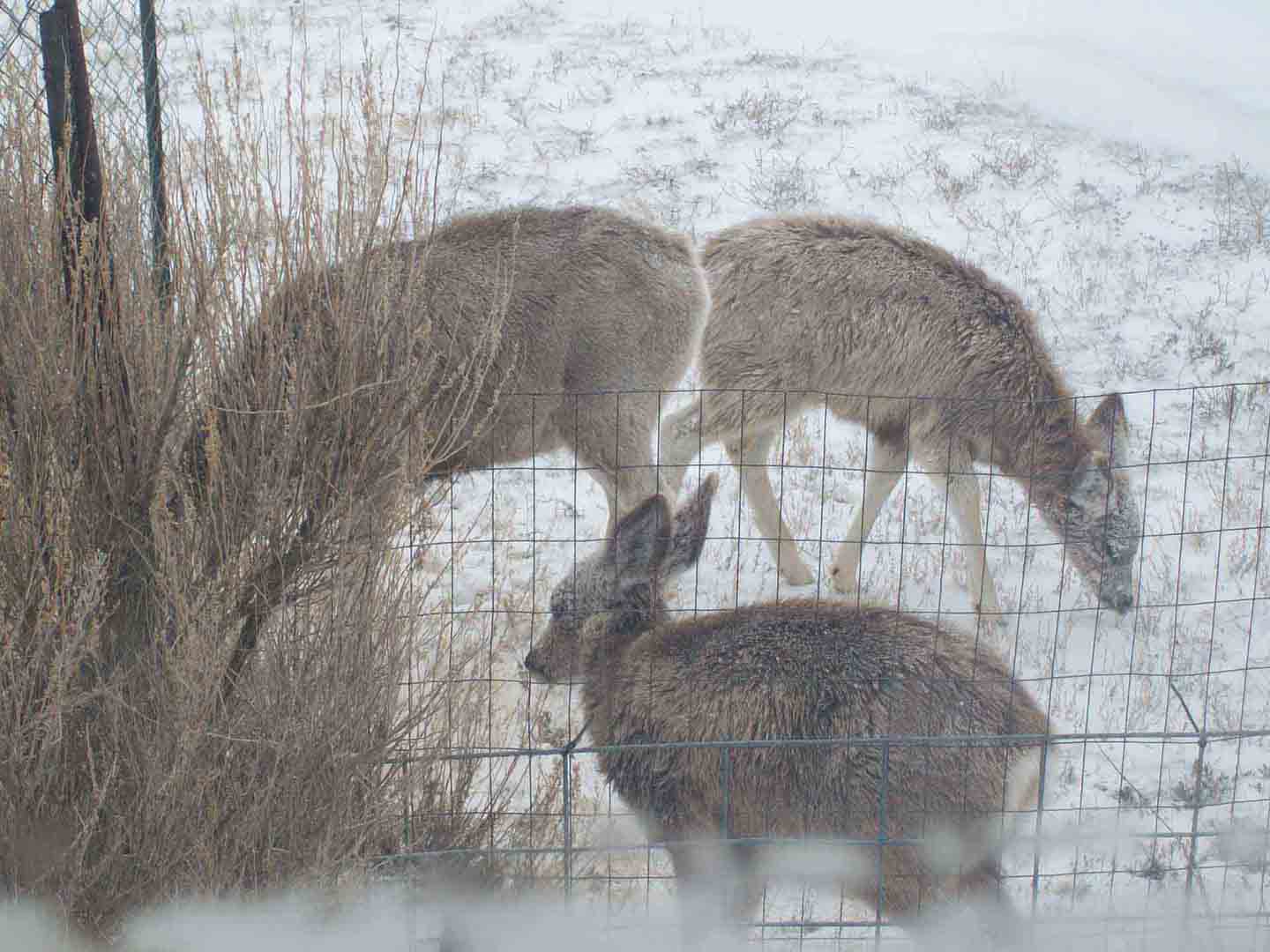 Yesterday there were two owls in our trees!  I don't recall having had two at once in the past.

The sidewalk is finally melting clear.  Sunday I dug through 26 inches of snow in the deepest part.  The weather has warmed and the drifts are all settling and melting.  It still gets a bit below freezing at night.

There are trash barrels in this picture!