Tales from the  new West January/February 2009 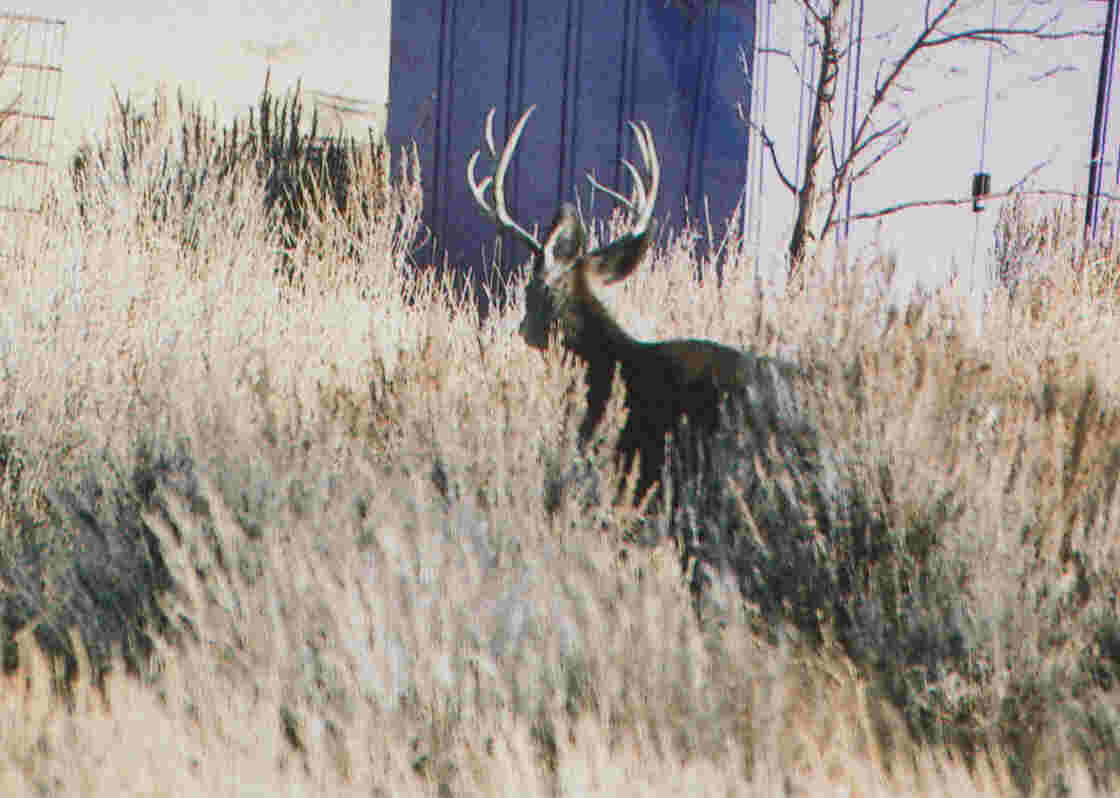 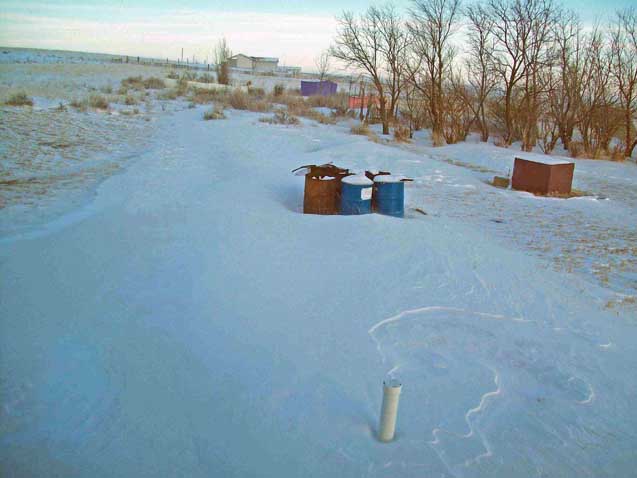 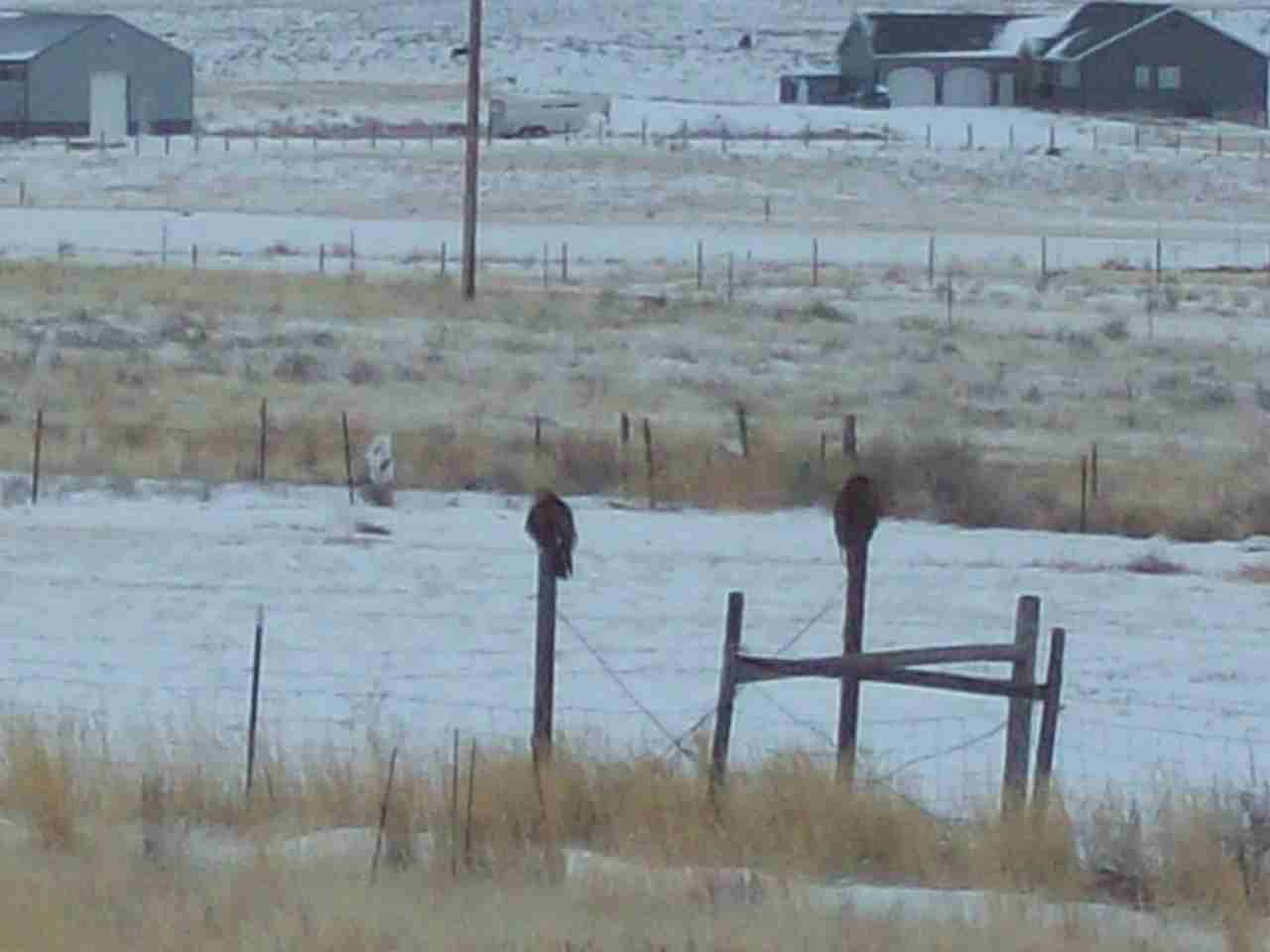 It's a new year in Wyoming and the winter is marginally remaining.  I have hopes for a lot of snow yet in March and April, but we have not had exceptionally cold days, so the snow that does fall tends to melt.  We had a pretty good drift across our east yard, but most of it has melted now.  There are still drifts that are quite deep along our west snow fence and around the outside of the garden.  It snows off and on, but then the temps will get into the 40's in two or three days.

The deer are back in my yard, though not as many and not as often.  The very large buck seen in this photo comes in frequently, as do about five or six does and fawns.  Since most of the area blows clear of snow and the sagebrush grew taller this summer, it may be that the deer have adequate food elsewhere.  There are signs of activity overnight and I am sure I will need to clear the paths in the spring.  I noticed today that the deer have separated into two herds of about 10 or twelve each.

This is the time of the year when raptors are active.  There have been many golden eagles and hawks flying over our yard in the past few weeks, and even a bald eagle or two.  The wind this time of the year allows them to hang on the wind and hunt more efficiently.  It's really quite fascinating to watch the raptors hunting and to see if they are successful or not.  I can tell they have been at least somewhat successful because there are fewer rabbits in my yard than at the start of winter!

Winter is a slow time here.  I am catching up on sewing, this web page, etc.  I will have to order garden seeds soon, which sounds kind of strange considering the snow drifts around the garden!  The plants need to be started by early April, even though most will not go out for a couple of months.  I have a small greenhouse for starting plants inside, then I move them to my greenhouse outside. (Note:  I have a Solar Prism greenhouse and I must note that this was NOT worth the money and the warranty was meaningless.  Mine now has a 2x4 holding the door shut, kind of like a medieval castle.....) The greenhouse does keep hail off the plants and protects the seedlings from wind.  I have to wait until after the last frost before doing this in order to keep the plants from freezing.  It's better than setting them on the porch though.  I may get a small glass/aluminum greenhouse and put it inside the garden this year and see how that works.  With the deer, the cold and the wind, gardening is a challenge in this area!

That's it for this update.  As things pick up, I will add more.

It's early March and I am adding a bit to this page, rather than start on a new page.  I discovered the owl that I have been photographing in my windbreak is apparently here more than I notice.  My husband noticed multiple owl "pellets" under the tree where the owl was perched.

Wyoming is an interesting state for weather.  Today on the noon news, there was a winter storm warning for the Absoroka Mountains in the far northwest and a red flag warning, meaning fire danger, in the southeast!  That's not  combination you see very often!